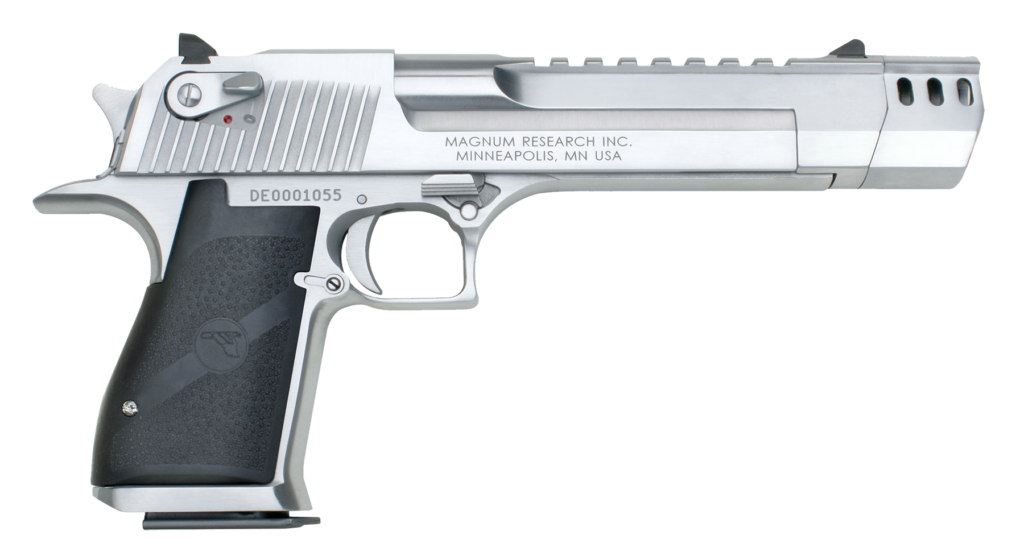 The IMI Desert Eagle is a semi-automatic handgun notable for chambering the largest centerfire cartridge of any magazine fed, self-loading pistol. It has a unique design with a triangular barrel and large muzzle. Magnum Research Inc. (MRI) designed and developed the Desert Eagle. The design was refined and the actual pistols were manufactured by Israel Military Industries until 1995, when MRI shifted the manufacturing contract to Saco Defense in Saco, Maine. In 1998, MRI moved manufacturing back to IMI, which later commercialized its small arms branch under the name Israel Weapon Industries. Since 2009, the Desert Eagle Pistol has been produced in the United States at MRI’s Pillager, Minnesota facility. Kahr Arms acquired Magnum Research in 2010.

Magnum Research has marketed various versions of the short recoil Jericho 941 pistol under the Baby Eagle and Desert Eagle Pistol names; these weapons are not directly related to the Desert Eagle but do share a similar visual design.