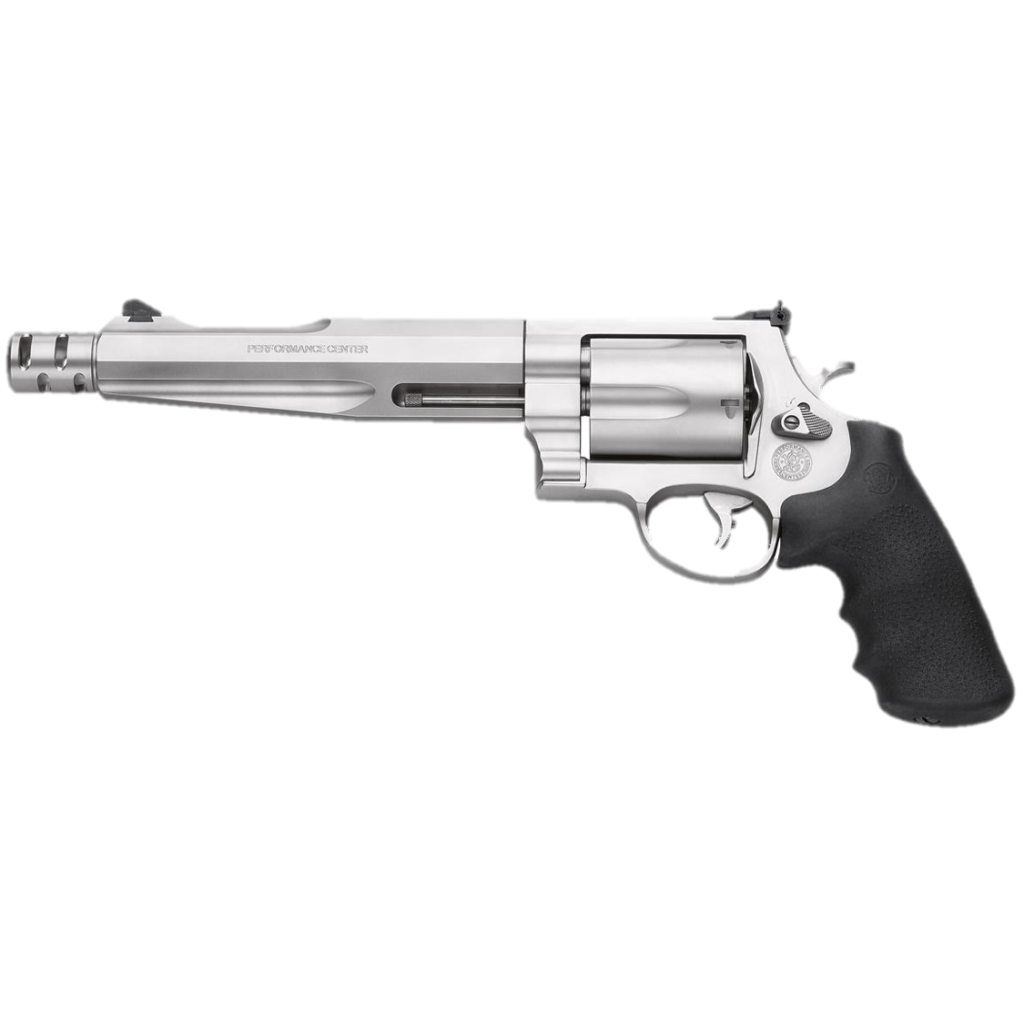 The S&W 500 is built on Smith and Wesson’s largest frame, the X-Frame, which was developed because none of S&W’s existing double-action frame designs could handle the muzzle energy and pressures generated by the .500 S&W cartridge.It is one of the most powerful production revolvers in the world today and is marketed as “the world’s most powerful handgun” by the manufacturer.

There are a few larger caliber revolvers, like the Pfeifer Zeliska .600 Nitro Express revolver, however this is a custom made firearm from Austria and is not widely available. The Model 500 can fire a bullet weighing 350 gr (22.7 g; 0.8 oz) at 1,975 feet per second (602 m/s) generating a muzzle energy of over 3,030 foot-pounds force (4.1 kJ) and a momentum of 13.7 Newton second. Commercial loadings are available in bullet weights ranging from 275 gr to 700 gr. The Smith & Wesson .500 Special is a shorter cartridge that is fully compatible with this pistol.

Instead of a traditional barrel, the S&W 500 uses a rifled tube inside a barrel shroud that is secured by tension from the front. This tensioning leads to stability, making barrels cheaper to produce and resulting in a more accurate revolver.

Lockup is accomplished by a centerpin in the rear of the cylinder and a ball detent in the frame.

The advanced design of the firearm helps in counteracting the recoil felt by the shooter. This includes the sheer weight of the firearm, use of rubber grips, the forward balance, and the use of a compensator. On certain S&W Performance Center models the compensator is replaced with a muzzle brake.